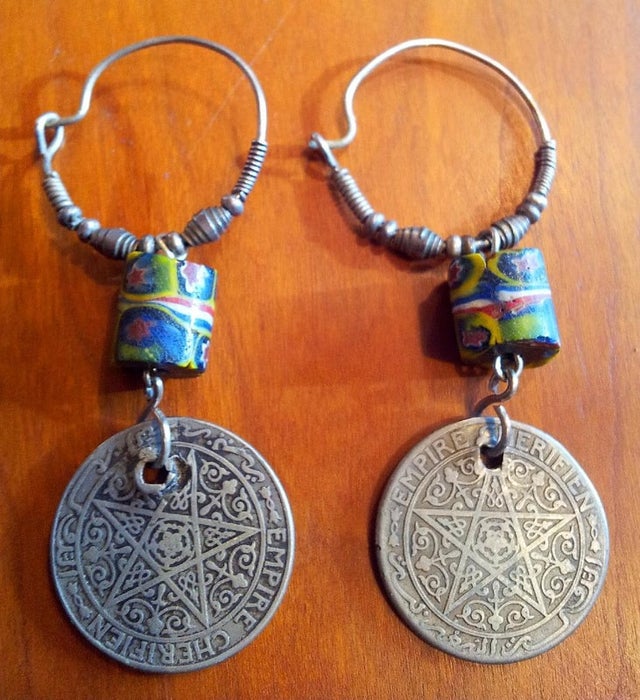 ​Made of Silver and consisting of two Moroccan coins as well as two ancient Venetian beads. Also made of trade beads.

﻿Sterling silver wire hoops with sterling beads, these earrings are made with two authentic ancient Moroccan silver coins , called empire cherifien. The Cherifien Empire is actually called Empire Cherifien (Moroccan franc.J) It was a term printed on French Moroccan coins in 1921. They continued to be minted when Morocco became independent from France. The last minting date was 1974.

The coins hold the Moroccan 5 pointed star, which many times is being confused with the King David star (Jewish one) with 6 points.

The earrings hold two Early 1900’s African Trade Bead called Millefiori. The coins measure 1" and the Millefiori beads 1/2" . The earrings measure 3" from the loop including the coin.

They are light in weight and easy to wear.﻿